Akse P19 (pronounced axe) has become one of Manchester’s most prominent street artists in recent years. The popularity of his work has come about for two main reasons. First, it’s his style: instead of illegible lettering, or simplistic stencils, Akse produces photorealistic murals on a large scale that can’t help but catch your eye.

The second thing that has boosted his popularity is his subject matter: characters from popular culture that perfectly capture the zeitgeist. He has painted memorial pieces dedicated to musicians such as David Bowie and Amy Winehouse. Recently Akse captured headlines for his portrait of Arya Stark. He has also done a series on movie psychopaths that included James Gandolfini from The Sopranos, Kevin Spacey from House of Cards, and Christian Bale from American Psycho. He paints from the TV shows and films he loves. When he did a series of portraits from Breaking Bad, just as season five was released, he had no idea how popular the show was until photos of his work went viral.

Who is this enigmatic artist painting the streets of Manchester and beyond? Akse was born in Paris to parents of Vietnamese origin (Vietnam was colonised by the French in the late 1880s). In the early ’90s, he studied chemistry and eventually achieved a PhD in the subject, which perhaps explains his love of Breaking Bad. While studying he took part in the Erasmus project, which brought him to Britain. He was attracted to Manchester because of “the vibe, the energy, the people, the community” according to an interview he did in 2017. He began painting in 1992 and the following year joined the P19 crew. He moved to Manchester permanently in 1997.

Now in his late 30s, Akse is continuing to create stunning works of art in between the demands of a full-time science career and having two young children. Fatherhood has given him a new passion beyond chemistry and film. One of his ongoing art projects is to paint a mural every year of his eldest son. Akse hopes to paint all over the world, including in Vietnam.

We're not around right now. But you can send us an email and we'll get back to you, asap.

Our normal service is standard delivery which delivers your product within 3-5 working days. This allows 24-48 hours for the colour technicians to mix and complete your custom filled spray paint order and then to send the order out with our business courier. The courier will usually deliver within 24-48 hours, so a normal total of around 3-5 working days should be expected. These terms are based upon normal times and are subject to change if things like COVID19 and lockdown occur.

The cost of our Standard Delivery is £6+vat.

Our express service ensures you get your goods within 24-48hrs. Express Delivery Orders placed before 1.00pm will jump to the top of the queue and will be done within 8hrs (often the same day). The order then leaves with our courier on a fully track and sign 24 hour delivery, which means in most cases if you order before 1.00pm you will get your package the next working day. If you order after 1.00pm you will receive your package the following day.

Weekends and bank holidays are not included in this service.

2K AirDry Converted – 2K paint is one of the most versatile and durable paints available, it is
weather, petrol and oil resistant when fully cured and can be applied over most pre-painted surfaces
without need for sealer, our version uses a safe non-isocyanate additive to cured material. Ideal for
outdoor spray painting as well as indoor heavy use.

1K Polyurethane Synthetic – An industrial coating used in virtually all industrial markets to provide a
smooth durable finish that has superior resistance to corrosion, abrasion and chemical exposure.

1K Cellulose – An historic paint used on cars prior to 1978, it has excellent drying times, ease of use
and is simple to polish to a high gloss after application, can be used for many substrates  such as
wood, metal, some plastics. 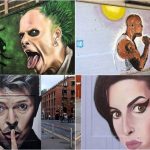